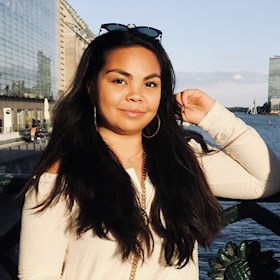 Snotty nose, dull, tired and dizzy. I feel that I'm kind of emotional imbalance right now. The weekend was extinguishing. So today I decided to lie-in and take everything at my own pace. A cup of coffee and sketch of furniture and rooms one late monday morning was really something I needed, otherwise the bell usually rings before 06 on weekdays. At lunchtime I took the train into City to meet up with Ajat, we strolled around the shops along Drottninggatan, and Christmas music played wherever ever. Know that some have already taken their first saffron bun, have eaten gingersnap or already drank Christmas root beer. But it's only November 13th and I'm already feeling that Little Such will get tired of it the end of this week. Writing a bit here now when there is half-time in the football game. I have ginger water on the stove, which I now start by drinking every night before I go to sleep and as soon as I wake up. Frost on the ground and trees So now I have to stay well in the cold. Ginger water is not just a fresh one but with lemon's acidity, it facilitates digestion and protects the liver. Also, I have a little honey so it wouldn't be too strong and sore, and now after 5 days I have reduced 2cm around my waist. Have been doing quite a lot of walks, up and down for hills and stairs, so it's that has taken all the energy. The second half begins soon so I just have to finish here.